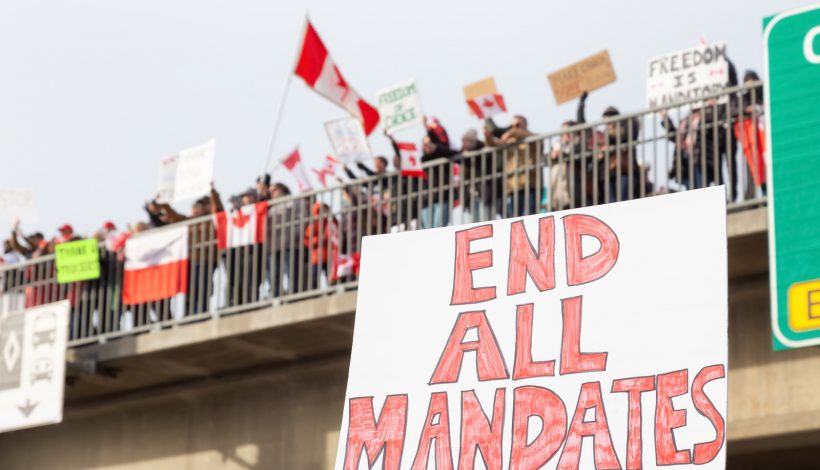 Sparked by a vaccine mandate that requires truckers to be vaccinated against COVID-19 in order to cross the US-Canada border, the “Freedom Convoy” is a movement that has gripped the country and captured the attention of the world.

Here’s a timeline of the key events – from how the demonstration started and how it’s shaped up since.

What Is the Freedom Convoy All About? 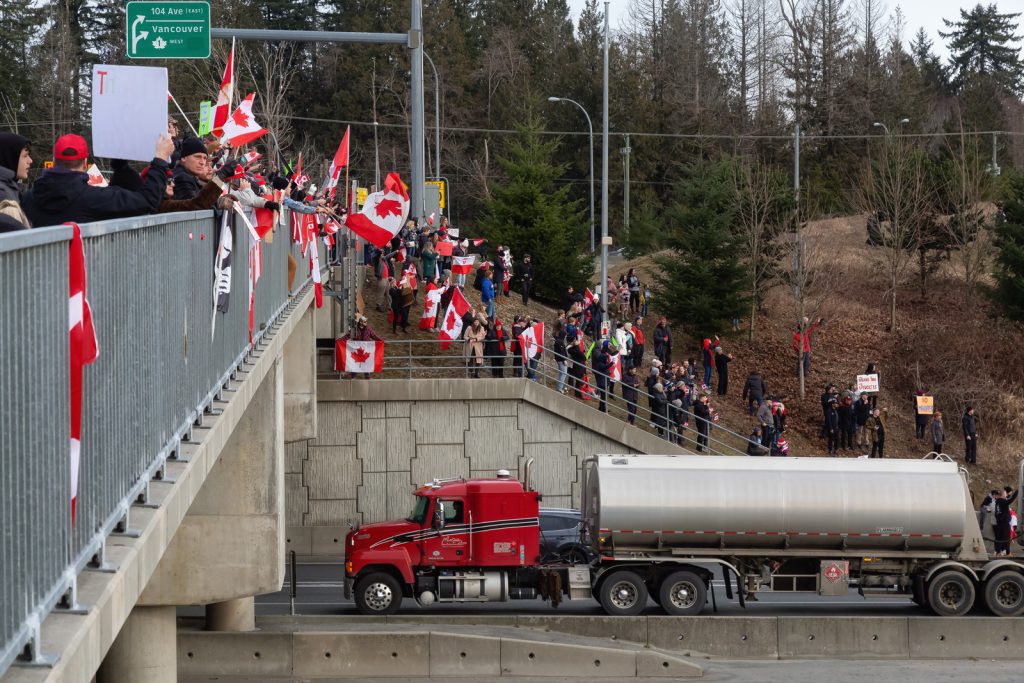 Before we chronicle the key events of the Freedom Convoy, let’s first discuss what it is all about.

The “Freedom Convoy” movement stems from the grievances of protesters regarding Canada’s new mandate implemented by Prime Minister Justin Trudeau. Truck drivers are required to be vaccinated against COVID-19 in order to cross the US-Canada border – a mandate that has sparked outrage among many truckers and their supporters across Canada. Unvaccinated truckers crossing the border need to quarantine once they return home, an inconvenience that could hinder their livelihoods.

This new mandate was put into effect in order to prevent the spread of COVID-19, but many believe it to be a violation of their liberties and freedoms. And so, the Freedom Convoy protesters are calling for a repeal of the vaccine mandate and have since made strides in rallying support.

A Timeline of Key Events 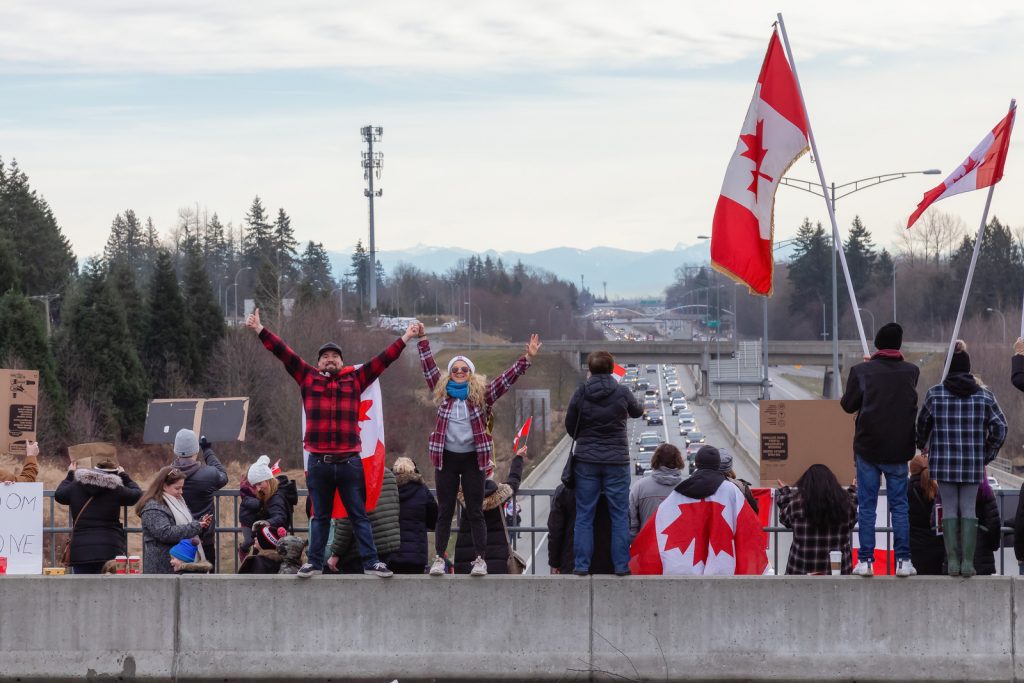 Now that we have a better understanding of what the Freedom Convoy is about, let’s take a look at the key events that have transpired since it began.

The Trucker Vaccine Mandate is put into effect, sparking backlash among the trucking community.

The US exemption for truckers crossing the border is revoked, requiring all truckers to be vaccinated.

The Freedom Convoy was assembled, with participants from various parts of Canada. The protesters started to make their way to Ottawa near Parliament Hill to voice their opposition against the mandate.

The first few batches of the convoy arrive in Ottawa and set up camp outside of Parliament Hill.

Despite taking measures to cushion the impact of the protest, the City of Ottawa and its residents saw a significant disruption in traffic and delays in public transit.

Thousands of protesters converged as the main rally took place. An estimate of 18,000 people was in attendance, a combination of truckers and supporters.

There were no injuries or violence reported, but there were several reports of disorderly conduct. In particular, the desecration of the National War Memorial by some protesters drew ire from many.

The demonstration continued, and the city officials were forced to mitigate the impact of the protest.

Government-run offices in downtown Ottawa were closed, and several main roads were closed down due to the protest.

An official investigation was also launched as a response to the desecration of the National War Memorial.

Prime Minister Justin Trudeau refused to meet with the organizers of the protest, but he did make a statement regarding the issue.

He condemned the protests and reiterated his stance on the vaccine mandate.

The organizers of the demonstration issued a statement that they will not be leaving Parliament Hill until their demands are met.

A “surge and contain” strategy by the police was implemented with the goal of ending the protest.

Several people were arrested, and the demonstration was subsequently dispersed.

The online fundraising platform, GoFundMe also announced the suspension of payments from donors to the organizers of the Freedom Convoy.

Ottawa mayor Jim Watson declares a state of emergency in the city.

This gives him more authority to deal with the situation, including seizing 3,000 liters of fuel from the protesters.

This marked the second full week of the protest.

The protesters remained undeterred despite the increased fines and threats of arrests.

The third week of the protest saw a counterprotest from the residents of Ottawa.

A first in the history of the country, the Emergencies Act was invoked to deal with the situation.

This gives the government a sweeping power and authority in stopping the protests.

Is An Amicable End In Sight? 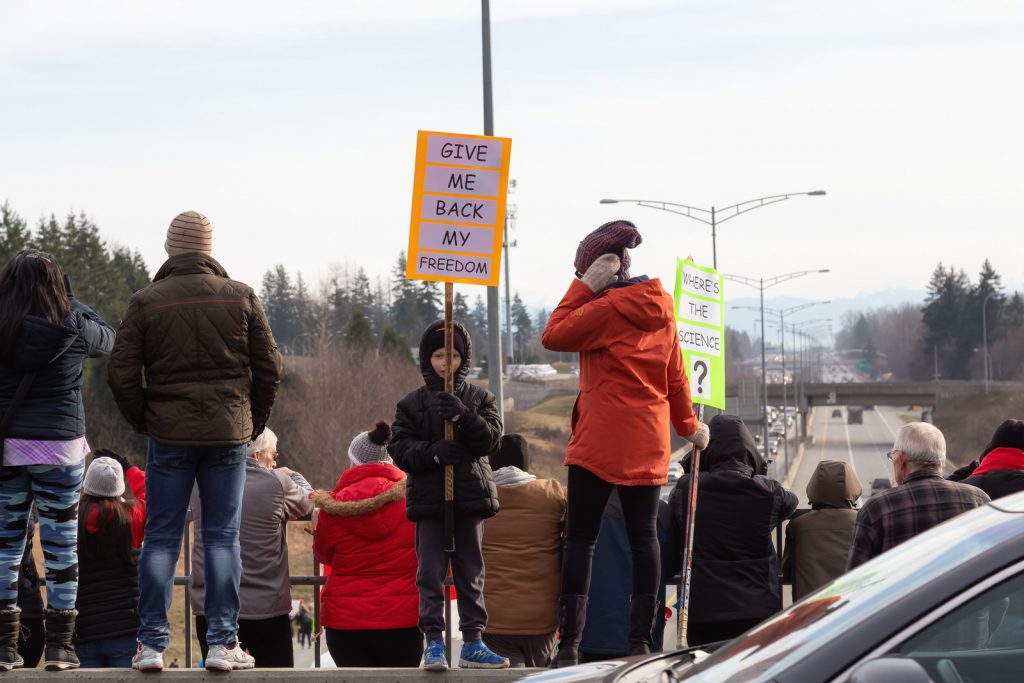 Despite the declaration of a national emergency, the protesters continue to hold their ground.

The organizers of the protest have stated that they will not stop until the vaccine mandate is lifted and that they would remain in Ottawa “for as long as long as it takes for governments across Canada to cease all mandates” linked with COVID-19.

Meanwhile, Ottawa Mayor Jim Watson claimed that he and organizers had struck an agreement for them to stay out of residential sections of the city and limit their protests to the streets right in front of Canada’s national parliament.