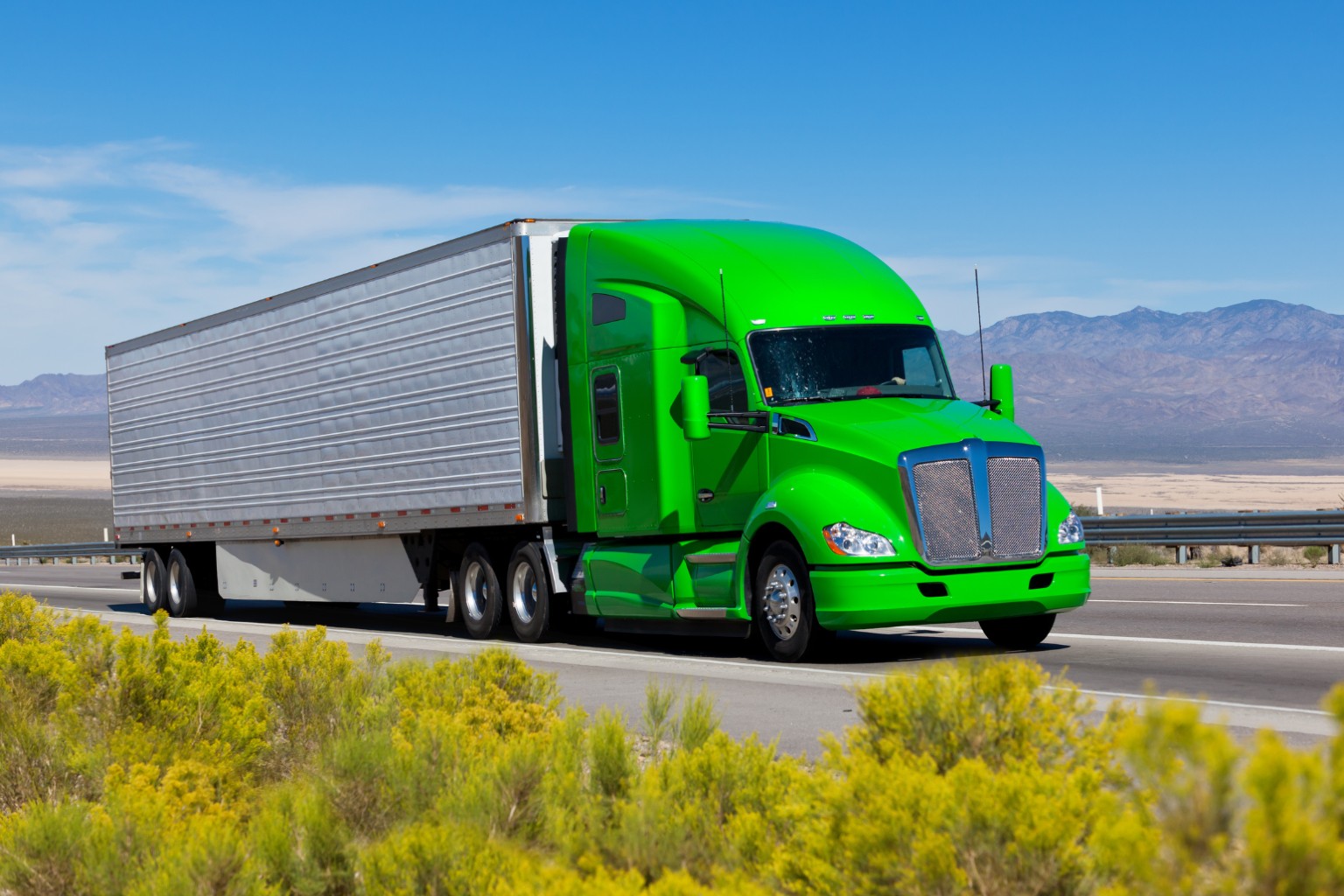 When we hear the word “green technology” it’s easy to think of solar panels and electric cars. But did you know that there are advances being made in the trucking industry that are also helping the environment?

Through the years, the trucking industry has made great strides in becoming more efficient. In the early days of trucking, it was not uncommon for a truck to get only five miles per gallon.

But now, thanks to advances in engine technology and aerodynamics, trucks can get upwards of seven or eight mpg. And some companies are even experimenting with hybrid trucks that use both diesel and electric power.

There is still more that can be done to make trucks more fuel-efficient. And that’s where the concept of “green trucking” comes in.

Green trucking is all about finding ways to make trucks more environmentally friendly. This includes anything from using alternative fuels to investing in new technologies that make trucks more fuel-efficient.

These initiatives are today’s equivalents of the fuel efficiency advances made in the automotive industry over the last few decades. And just like those earlier innovations, green trucking initiatives are sure to pay off in the long run—both for the environment and for the trucking industry itself.

So what do you need to know about green trucking? Read on to find out!


Climate change is happening right now, and it’s happening all over the world. But to what extent is the trucking activity responsible?

To better understand this, let’s break down what greenhouse gases (GHGs) are and how they relate to Canada’s transportation sector.

Gas is considered a GHG if it absorbs and emits radiation within the thermal infrared range, which causes the greenhouse effect. The main GHGs emitted from human activity come from carbon dioxide (CO2), methane (CH4), nitrous oxide (N2O), and fluorinated gases.

Carbon dioxide, methane, and nitrous oxide trap heat in the atmosphere and cause the Earth’s average temperature to rise. This is because these gases absorb thermal infrared radiation that would otherwise escape into space. As a result, the Earth’s atmosphere heats up, and climate change occurs.

So how does this relate to trucking? Well, the vast majority of freight in Canada is moved by trucks. In fact, according to Statista, in 2018 alone, the Canadian trucking industry transported 53.6 million domestic shipments and 10 million cross-border shipments. That’s a lot of trucking, and a lot of potential for GHG emissions.This increase also affected the rate of growth in transportation-based GHG emissions. 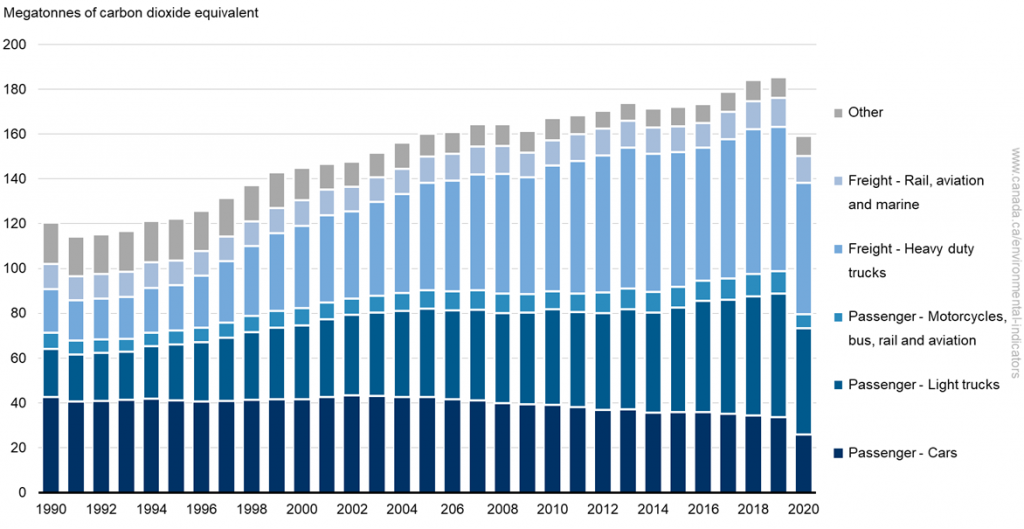 Data from the Environment and Climate Change Canada showed that GHG emissions from the transport sector grew by 32% between 1990 and 2020, with most of the growth being linked to an increase in freight trucks and passenger light trucks in the country.

It was also revealed that the transport sector contributed as the second largest source of GHG emissions by at least 150 megatonnes of carbon dioxide equivalent (Mt CO2 eq) emitted—41% of the total GHG emissions in the country.

With this, the Government of Canada has set a target of a 40% to 45% reduction in greenhouse gas (GHG) emissions below 2005 levels by 2030. Many initiatives and federal plans like A Healthy Environment and a Healthy Economy were enacted to help achieve this target.

To aid in the government’s noble efforts, the Canadian trucking industry has also pledged to do its part in reducing transportation-based GHG emissions through the advent of green trucking.

Why Companies Are Moving To Green Trucking

There are actually a lot of benefits to going green besides just helping the environment. Many companies are finding that investing in green trucking initiatives can actually save them money in the long run and others are choosing to go green to improve their public image.

One of the main reasons companies are choosing to switch to greener trucking practices is because it can save them money. This is because fuel is one of the biggest expenses for trucking companies.

REAL QUICK: What is happening to fuel prices in 2022? 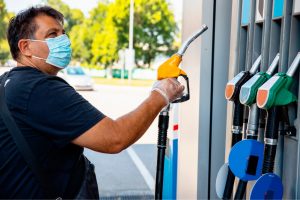 Yes, fuel prices are one of the biggest expenses for trucking companies, and they can fluctuate a lot. In fact, fuel prices have been known to rise and fall by as much as 20 cents per litre in a single day. However, in February 2022, fuel prices began to skyrocket abnormally.

In a CNBC report by Pippa Stevens, it was found that fuel prices were already struggling to keep up with the demand before Russia’s invasion. This is because there wasn’t much need for fuel as the lockdown kept people at home. The article states that “energy producers cut back on investment and less profitable projects under pressure from low prices and institutional shareholders demanding higher returns”.

As fuel prices increase, companies are looking for ways to cut costs. One way they’re doing this is by switching to greener trucking practices. This includes things like using electric trucks, which can be at least 20 percent less expensive and 50 percent more efficient to operate than diesel trucks overall.

In today’s world, it’s more important than ever to be seen as a company that cares about the environment. It shows that you’re willing to invest in environmentally friendly initiatives and that you care about the planet. But like we said earlier, it doesn’t stop there.

In Sweden, Ocean Freight customers enjoy fewer cost on fees and faster delivery times because of an alternative rerouting plan made for the sole purpose of reducing emissions.

Some companies have also opted to equip drivers with reusable coffee cups for when they go out on long drives and invest in energy-efficient tools like electric forklifts that reduce risks of oil leaks to almost zero percent!

Now, these are just a few examples, but it goes to show that there are plenty of benefits to going green, even in trucking—and there are even more ways to go about it as well!

Green trucking initiatives can help improve the quality of training for new drivers. This is because drivers who are trained to operate fuel-efficient vehicles tend to be better at conserving fuel overall.

Companies like Gennaro also teach students fuel-saving techniques that reduce carbon emissions and even give companies an economic advantage. With better training, new drivers are more likely to conserve fuel and avoid accidents. 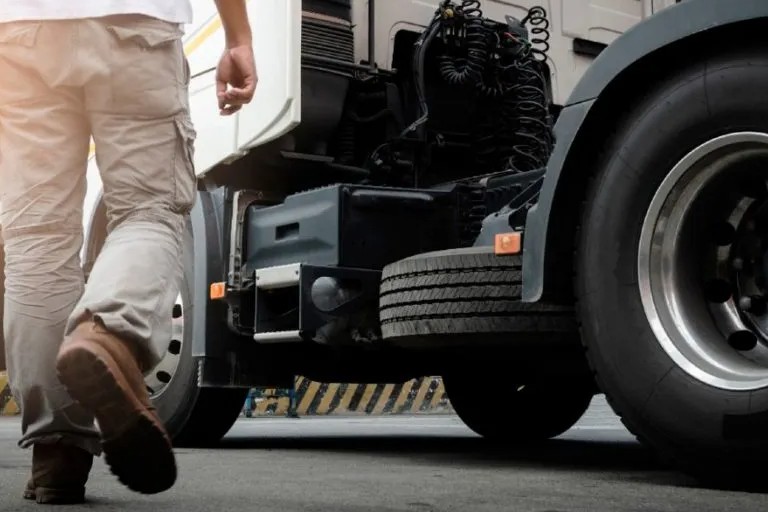 So, what are some of the ways trucking companies are going green? We’ve compiled a list of some of the initiatives being taken to help make trucking more sustainable.

With carbon capture technology, carbon dioxide emissions can be captured and stored before they’re released into the atmosphere. This is a great way to reduce your company’s carbon footprint and make your operations more environmentally friendly.

Right now, Remora is the leading provider of carbon capture technology for the trucking industry. Their system can be retrofitted onto any semi-truck and can reduce emissions by at least 85 percent.

What does Remora’s device do?

The device works as a giant filter that uses carbon scrubbing technology to segregate greenhouse gases directly from the truck’s tailpipe. Dirty exhaust flows into the device and then, clean air comes out from the tailpipe. The CO2 is compressed and stored in onboard tanks.

The device refreshes the filter using truck exhaust heat, which is highly energy efficient and has a minimal impact on vehicle performance. If the tanks fill up before the driver has a chance to offload CO2, the equipment automatically switches off so that the vehicle can keep moving. Drivers can then dump the CO2 by connecting the device to an offload tank with a hose.

The best part about this technology is that most of the captured carbon is reutilized and sold to concrete manufacturers who use the CO2 to cure concrete! Talk about a win-win! 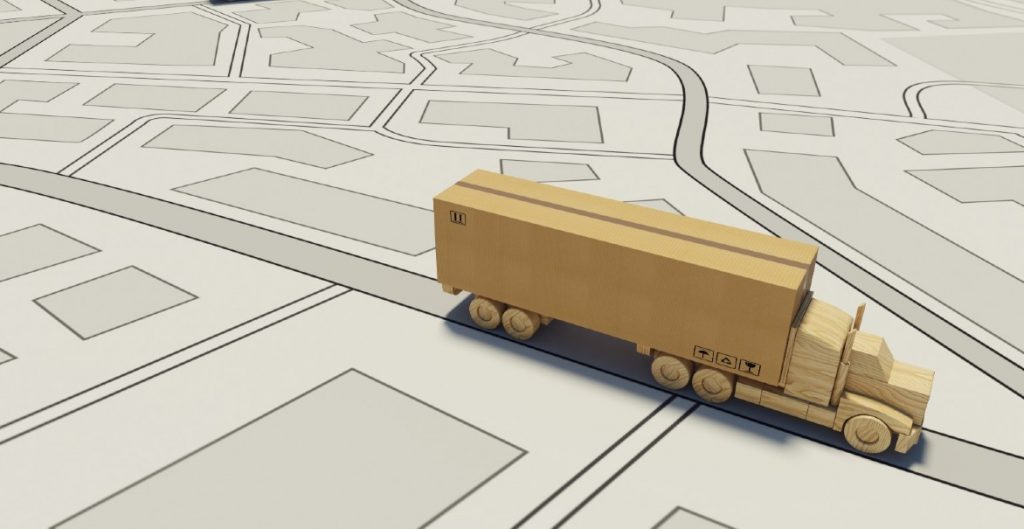 Route optimization is a long-established practice that has been used to reduce fuel consumption and emissions by finding the most efficient route for a truck to take.

There are a few different ways to go about this. One way is to use GPS tracking devices to track the movements of your trucks. This data can then be analyzed to find areas where your drivers are wasting time or fuel.

Another way to optimize your routes is to use route planning software. This software takes into account things like traffic, weather, and road closures to find the best route for your truck.

There are five major constraints when using this software:

All of these factors need to be considered when finding the best route for your truck. With the help of the best algorithms and dedicated drivers, you can be sure that your goods will be delivered on time and without any unnecessary delays.

Alternative fuel would seem like the most obvious choice for trucking companies who plan to go green but the costs of alternative fuel are also something to greatly consider as well. After all, fuel prices are only a small piece of the puzzle when it comes to operating costs.

So let’s compare some of the most popular alternative fuel choices for trucks. 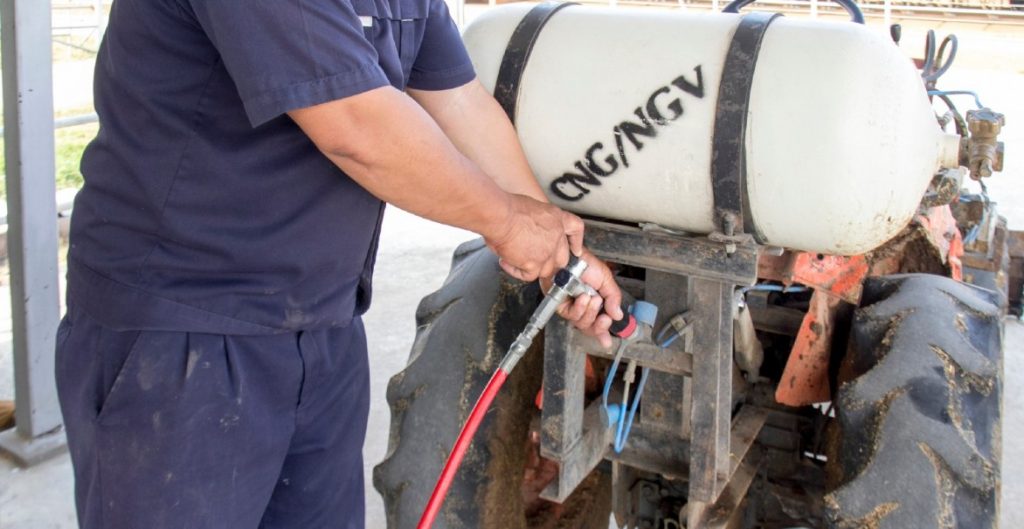 Compressed Natural Gas (CNG) is one of the most popular alternatives to diesel because it’s much cheaper and has cleaner burning. In fact, natural gas emits up to 30% fewer greenhouse gases than oil-based fuels like diesel.

The main downside to CNG is that it has a shorter range than diesel and it requires special infrastructure for refueling. This means that trucking companies would need to invest in CNG-compatible trucks and build or find CNG fueling stations along their routes.

Electricity is another popular choice for alternative fuel because it’s clean, cheap, and easy to use. Electric trucks have been around for a few years but they’ve only recently become viable for long-haul trucking.

The range of electric trucks is also increasing as technology improves. The Tesla Semi, for example, has a range of 500 miles on a single charge. This is more than enough for most long-haul trucking routes.

Renewable diesel is a rising demand in Canada and is expected to grow by 3.27 billion litres (863.84 million gallons) in renewable diesel production capacity within the next four years.

This was based on a report recently filed with the USDA Foreign Agricultural Service’s Global Agricultural Information Network. The report also recorded an estimated 962 million litres of biodiesel and renewable diesel in Canadian consumption last year, up from 892 million litres in 2020.

Renewable diesel is a type of fuel made from renewable resources like vegetable oils, animal fats, and used cooking oil. It’s chemically similar to regular diesel but it has a higher cetane number which makes it burn cleaner and produce fewer emissions.

The price of renewable diesel varies depending on the market but it’s generally more expensive than regular diesel. The good news is that the price difference is expected to shrink as production increases.

Trucking companies who are looking to switch to an alternative fuel should definitely consider renewable diesel. It’s a clean-burning, environmentally-friendly fuel that’s becoming more and more popular every year.

Yes! Truckers Can Go Green, Too!

Alternative fuel and electric trucks aren’t the only way truckers can go green. In fact, going green has always been about changing one’s lifestyle and work habits.

As we do our part to care for the environment, it’s important to remember that truckers play a big role in sustainability as well. And with initiatives like these, we can make a huge difference!

Contact us to start your eco-friendly trucker training today. 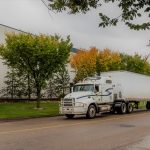 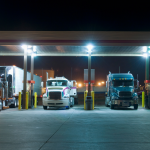