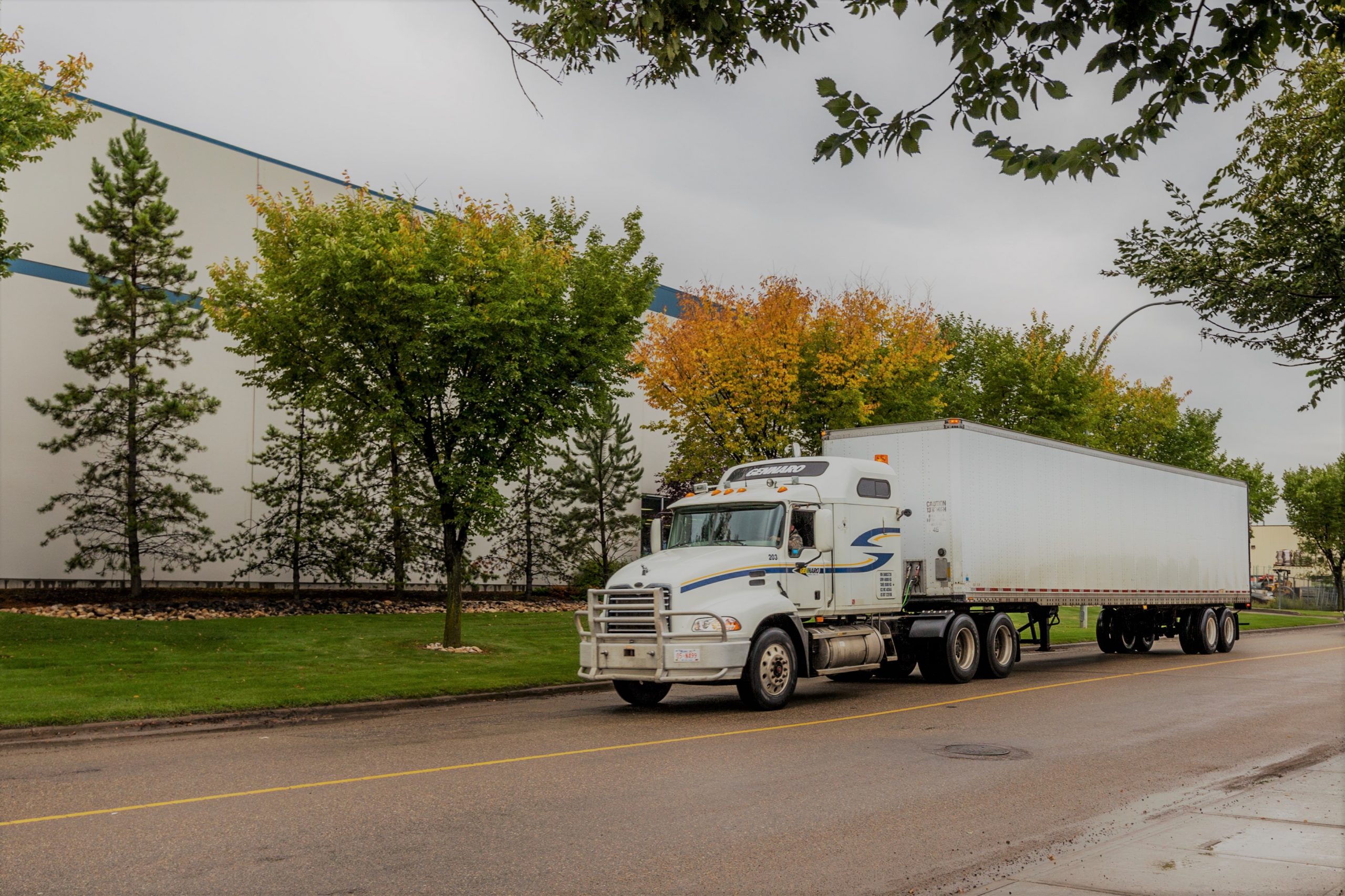 The debate over whether or not to mandate speed limiters on commercial trucks has always been a controversial one. Now, with the US taking another step closer to making them a requirement, some provinces in Canada and the rest of the global trucking industry are watching closely to see what happens.

So, what are speed limiters, and why are they such a hot-button issue? In this post, we’ll give you a brief overview of everything you need to know.

The Basics of Speed Limiters

A speed limiter is a device that’s fitted to a vehicle engine. It regulates the maximum speed at which the engine can operate, regardless of how much pedal the driver presses down.

In other words, it acts as an invisible hand on the throttle, keeping speeds at a safe level.

The Pursuit of Safety

Safety—it’s a word that’s on everyone’s mind when it comes to road transportation. For commercial trucks, which are often carrying large loads and traveling at high speeds, the stakes are even higher. That’s why various organizations have been calling for the implementation of speed limiters on trucks for years.

Of course, in two of Canada’s largest provinces, Ontario and Quebec, this isn’t anything new—speed limiters have been mandatory for years. In Ontario, Canada, Bill 41—or the Highway Traffic Amendment Act (Speed Limiting Systems)—was enacted on March 19, 2008, mandating speed limiters for commercial vehicles.

Bill 41 is an amendment to the Ontario Highway Traffic Act that requires large trucks to have speed limiters installed, and sets the maximum truck operating speed at 105 kilometers per hour (km/h). Backing this crucial ruling are the Canadian Trucking Alliance (CTA) and the Ontario Trucking Association (OTA).

In the Province of Quebec, legislation has been passed requiring the usage of truck speed limiters. It also specifies that a vehicle with a speed limiter already installed must be switched on and the maximum permitted speed set at 105 km/h. In Quebec, fines for non-compliance range from $350 to $1,050. In Ontario, the fine is $310.

Unlike the position taken up by Ontario and Quebec, Alberta remains opposed to speed limiters.

“Forcing trucks to stay below 105 km/h on provincial highways could potentially cause more collisions on roads, while other vehicles travel at higher speeds,” said former Transport Minister Luke Ouellette

“I believe it is safer to have trucks moving at the same speed as other traffic, to reduce the collisions resulting from an increase in lane changing. If there’s a real problem with certain carriers, we can deal with that through roadside enforcement or other measures. So, unless it becomes a North American standard, I really don’t see any reason why our government would force you to put them in your vehicles.”

Alberta’s speed limits at the moment are as follows:

However, a private member’s bill could make Alberta the latest province to tinker with its speed limits. The bill, which was put forth by Spruce Grove-Stony Plain MLA Searle Turton in March, would increase speed limits on all non-urban divided highways to 120 km/h.

Gordon Lovegrove, associate professor of engineering at the University of British Columbia, found fatal collisions rose by 118 per cent over the last three years, which prompted the government to revert back in some areas. His advice for Alberta?

“Do this with a lot of forethought and planning,” he said.

“We become a pinball inside a car in a crash. The driver has less reaction time at a higher speed, you’ve got less distance because you’ve gone further at that higher speed before you react,” he added.

On the other hand, some believe that speed limiters could actually make the roads more dangerous. One of the main arguments against mandatory speed limiters is that if trucks move at the same speed, it could create a situation where cars try to pass the trucks and then cut back in, which could lead to accidents.

Let’s explore the pros and cons of this issue in more depth.

Arguments For and Against Speed Limiters

There are several arguments for and against mandatory speed limiters. We list some of the main arguments made by opposing sides below. 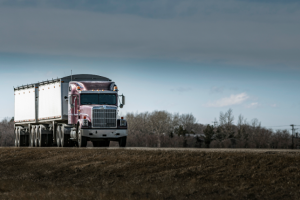 Speeding is a leading cause of traffic fatalities and injuries. Excessive speeding reduces the amount of time a driver has to react in a dangerous situation in order to avoid a crash, increases vehicle stopping distance, and affects the ability of road safety structures—such as guardrails, impact attenuators, crash cushions, median dividers, and concrete barriers—to safeguard vehicle occupants in a crash.

According to a report by The Independent, nearly 2,000 Canadians are killed each year and another 10,000 seriously injured in collisions involving a heavy truck (one with a gross vehicle weight greater than 12,000 pounds).

A recent study found trucks with speed limiting devices have a 50% lower crash rate compared to trucks without such devices, further supporting the argument that mandating speed limiters could help improve road safety.

David Bradley, president of the Ontario Trucking Association, agrees with the use of speed limiters, saying these are key in helping keep highways safe.

“The mandatory activation of speed limiters is an effective way for the trucking industry to further contribute to safer highways. This is the right thing to do.”

Trucking companies are always looking for ways to cut costs and improve their bottom line, and one way to do that is by increasing fuel efficiency.

Speed limiters can help to improve fuel efficiency because the truck will be using less fuel to maintain a lower speed. For example, when a truck is traveling at a high speed, it needs to use more fuel in order to maintain that speed. By limiting the truck’s speed, it will use less fuel and will therefore be more efficient.

The potential fuel savings associated with speed limiters is significant and could be as high as $250 million per year for the carrier industry in Canada. Fuel savings is the main driver behind the decision by most carriers to implement speed limiter policies.

When a truck is traveling at high speeds, the engine has to work harder, which uses more fuel. By capping the speed of the truck, the engine doesn’t have to work as hard, which reduces the amount of fuel that is used and, as a result, the emissions that are produced.

The environmental benefits are equally significant representing a potential reduction of greenhouse gas emissions amounting to 0.6 megatonnes per year. Environmental concerns are probably the main driver behind the decision by some provinces (Quebec and Ontario) to introduce speed limiter regulations. 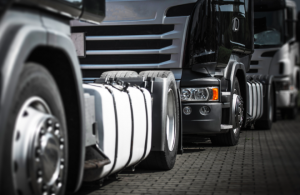 Some argue that one of the biggest drawbacks to speed limiters is that they can actually lead to increased traffic congestion.

If all trucks are required to travel at the same speed, it is likely that there will be more trucks on the road at any given time. This could lead to increased traffic congestion and longer wait times for drivers who are stuck behind a slow-moving truck.

Now here’s one that will likely get the attention of trucking companies: a potential loss in productivity.

If all trucks are required to travel at the same speed, it is likely that they will take longer to make deliveries. This could lead to a loss in productivity for trucking companies, as well as increased shipping costs. In addition, it is possible that some companies may be forced to reduce the number of trucks on the road in order to compensate for the increased travel time.

On the highway, vehicles interact more frequently when moving at different speeds, which might result in hazardous driving situations.

If and when vehicles of any kind can’t reach a safe passing speed, speed limiters could pose safety risks, particularly on two-lane roadways. This could lead to accidents as drivers become frustrated and attempt to pass the trucks in unsafe ways.

With strong opposing comments, it’s evident that there is still much debate surrounding the mandate of speed limiters. However, many mandate advocates and officials continue to push for change in an effort to put into effect what they believe will result in improved safety for all motorists.

So as the debate continues, it’s important to stay informed and make safety a priority when traveling on the roadways. If you have any questions about speed limiters or want to learn more about commercial driving safety, please contact Gennaro Transport Training today.

We offer a range of courses covering everything about commercial truck driving. Contact us and we’d be happy to help you find the right training solution for your needs. 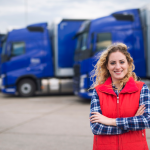 Female Drivers in the Trucking Industry: What's the Current Status? Previous
Green Trucking: The Environmental Sustainability in Transportation Next 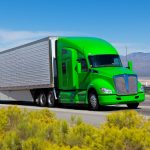